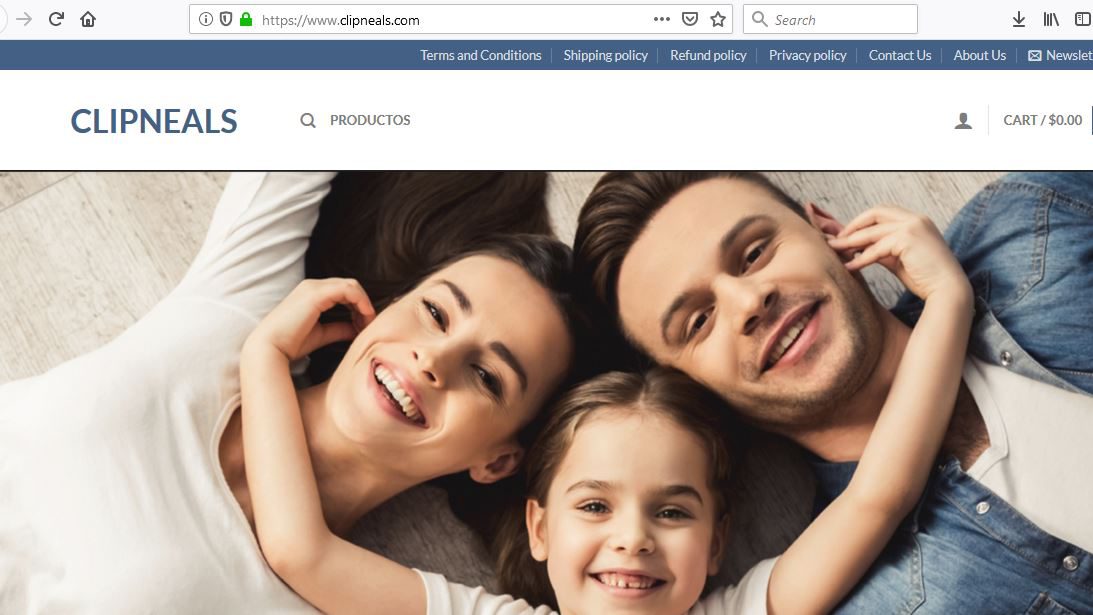 You’re probably here trying to figure out if Clipneals.com is a scam or not. Maybe you’re here to see whether it’s legit. In either case, you’ve come to the right place.

In this review we’ll take a look at just why we think that Clipneals is a scam. Hopefully by the end of it, you will learn some ways on how to tell if future websites are a scam.

This is an automated report on Clipneals.com, so our apologies if it doesn’t come out exactly right or sounds a little too generic (or vague). If we get enough people interested, we will write a more detailed article about Clipneals!

Most likely, you came to Clipneals because you saw that they seemed to have products on their site for a fairly low price. Well, as you know, looks can be deceiving.

We always love to take a look at a website’s Privacy Policy. That specific page is one that usually tells people what the site will collect from you (your ip address, home address, email address, etc), and how they will keep it safe, including whether they’ll give it away/share it and/or sell it.

In the past we’ve found some pretty bizarre issues with Privacy Policies. We’ve even found one that suggested they would pretty much share everyone’s information to everyone!

Clipneals.com’s Privacy Policy is a little different. It appears that they copied it from something else, and forgot to actually update their page!

As you can see from the above screenshot, it appears that there were parts of this page that were supposed to be edited. And it doesn’t look like they were.

This doesn’t bode well for Clipneals.com. If they don’t have a clear Privacy Policy on their site, then you probably shouldn’t be using their site, no matter how legit it is. You really have no idea on how they’re collecting the information, or what they’re doing with it (or for that matter, what exactly they are collecting!).

Scammers will run a scam until it’s found out and no one purchase from it (which usually takes several months, depending on how they run their scam). And so because of that, Clipneals just isn’t exactly trustworthy yet.

We actually looked into a site very similar to Clipneals a while ago. Though that site was called something else. You’ll notice the similarities in the screenshot above.

[Check out our article about Walktrends, a exact copy of Clipneals!]

Clipneals.com Is Indeed A Scam!

All in all, we definitely would not recommend anyone to take Clipneals.com seriously. They are more than likely a fraudulent website, and care nothing for the honest, hardworking people. All they care about is to scam people out of their money.

6 thoughts on “Clipneals.com Review: Is Clipneals Fraudulent? (Our Honest Opinion)”