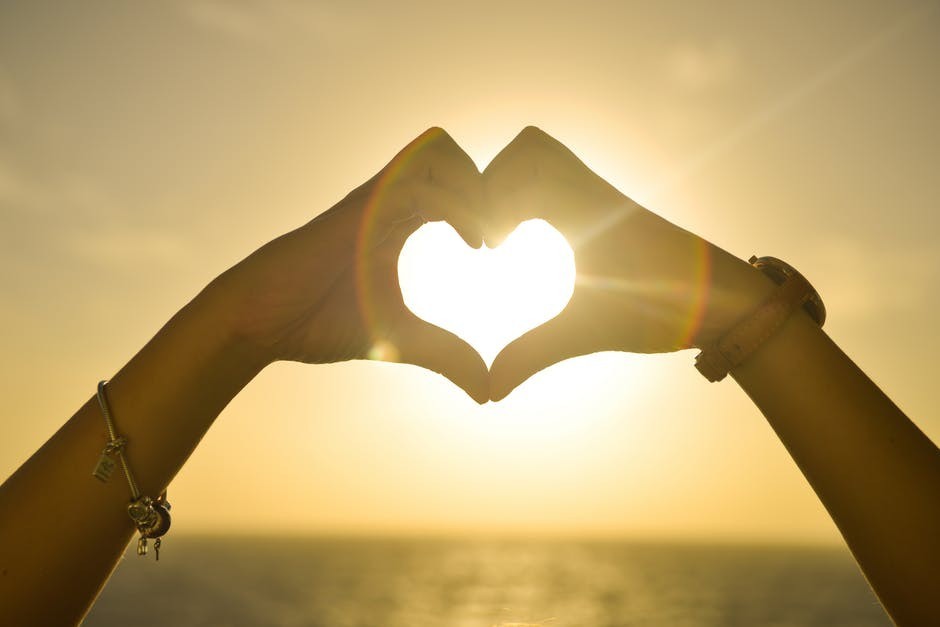 Here at We Get Scammed For You, our inboxes get full of many emails, both good and bad. But quite recently we’ve seem to have an influx of romance scams, and have decided to help educate our readers on how spot one before you go too far, and end up getting scammed.

And what better day to talk about this than on Valentines day! Romance can seem to be all around us, and many times, the scammers are just hoping that you’ll feel lonely, so that you’ll fall for their schemes. But don’t let that happen! Sit back, relax, and learn just how to check whether an email is a romance scam or not!

Spotting A Scam A Mile Away

The very first thing you’ll want to check is who it is from, and to whom it is sent. Many scammers will send emails out from emails that you don’t know. and if you don’t know them, then it’s probably not an email that you should responding to

Diana? Who’s she? On top of that, the email shows that it’s coming with a .fr extension. That means that the email is from France. And currently I don’t know anyone who is in that country, especially one who is named Diana.

Also, notice who they sent it to. Undisclosed Recipients. What does this mean? Basically, this scammer found a bunch of emails addresses, BCC all of us, so that we couldn’t see each other’s emails, and then hoped that one of us would respond.

If ‘Diana’ did receive a response, then ‘she’ would reply back in turn, and try to scam you.

Extreme Forward-ness In The Email

Another tall-tell sign that an email is a romance scam is if the person comes out and tells you they want to make out with you, before they’ve even met you. Preying on those who want romance in their lives, scammers will go at lengths to write obscene and provocative things, in order to essentially raise your lusts to do what they want you to (like click on a link)

Hello my name is Diana i hope you have a good mood
for our acquaintance with you, if not, then I will try to raise
you his and not only mood. I will tell you not much about myself I am 29 years old
I came here not so long ago and almost no one met.
in general, I still don’t have a guy here with whom I could practice
love without which nights I feel very bad and is no longer tolerable.
I increasingly began to wake up at night from the thought that someone who would not have had me from him.
You know, I myself would have had you now, believe you, you would not forget me for a long time.
I really hope that I will do it with you very soon and in the meantime I will dream
how [Redacted for obscenity and because of potential younger viewers]. please write me what poses to like
to you so that we can try to make each other nice before the meeting
wait for an answer from you. I registered on this dating site [Link redacted] before the meeting
Diana.

As you can see from the above email, this person Diana really wants me to click on a certain link, and meet her on a certain dating site. She tries to entice me by writing a rather poorly worded, but ‘romantically sweet’ email for just that purpose.

Of course, the link is one that has been shortened, so you don’t know where exactly you’re going, if you were to click on the link (which I didn’t). My guess it went to some adult dating site, hoping to get you to join (and pay some fee), and the scammer will receive some commission for doing that.

In any case, if anyone sends you a rather provocative email, and it’s the very first one, then it is clearly going to be a scam. Trust me, typical people don’t start off saying that they’re eager to meet you and want to hop in bed with you.

When looking at the message of a email, you can typically look for three things to see if the email is a scam:

These three things can help you determine a broad scope of email scams. Many scams will write as broadly as they can, in order to make it sound like they’re talking to you, when clearly they’re not. Looking through the email and seeing what they say is essential to finding a red flag that will show you it’s a scam.

Look at the email above again. You’ll notice that it never speak of a name, nor where I live! Diana just hopes that you’ll get excited, click on a link, and do who-knows-what on the site.

You’ll also notice how poorly written this email is. I will admit, even in my own writing there can be grammatical mistakes, and punctuation errors. But in Diana’s case, it seems like she missed out on those English classes completely!

Many of the sentences don’t quite make sense, nor are they structured quite right. On top of that, the email seem to add extra words at certain places where they should be left out. My guess is that whoever wrote this used a translation tool, like Google Translate, and then just posted it into an email.

So all the above to say, make sure that you carefully read an email, and not get caught up too much in the emotional appeal of it, but rather review it with a very cynical mind, and you’re sure to spot whether it’s a scam or not.

If they’re sending you an attachment with the email, then you know immediately that this email just isn’t for you.

Attachments are one of the ways that scammers will get viruses onto your computer. They are able to embed a script into the attachment, whether it’s an image, text file, or something else. If you download the attachment and open it, then the virus will get on your computer, and, well, who knows where it will go from there.

Scammers, especially romance scammers, probably aren’t sending you viruses. But that doesn’t mean you should go look at the image! Unless you know, with 100% certainty, that it doesn’t have a virus, then you probably don’t want to open it.

More than likely, it be an image of some hot babe that the scammer found on the internet. This is all a ploy to get you more enticed in the person who is emailing you, and do what they ask you to do (click on a link, email them back with your info, etc).

Honestly, whenever an email comes into my inbox, and it has an attachment with it, I immediately know that it’s a scam. That’s how big of a red flag an attachment is.

But even then, there are still scam warnings that you can look for, to see that the person you emailing doesn’t truly want what’s best for you.

I regularly reply back to scammers to see what they’ll tell me, how far until they slip up, or even, when they’ll ask me for something in return. And for this one lady, it took about a month before she asked me for some money.

I’ve been emailing Evgeniya for about a month now, and the scammer sure seems to present themselves pretty well. They would write about how they would be going away for a few days, and stop emailing, and then pick it back up. They would continually ask me questions to try to learn more about us (which we deflected with vague answers).

Getting scammed really does have a certain art to it, let me tell you.

In any case, just recently Evgeniya told me that she needed money for her visa so that she could come see us (now, I’ve never really told her where I live, except that I live in a place called Atlantis. Good luck if she makes it there)

As you can from the above screenshot, she seemed pretty desperate. Once again, this scammer is trying to prey on my emotions to send them $300 dollars, so that they can use it for what-ever they want (contrary to what they say in the email).

Of course, I didn’t send any money. But the point is made clearly: If you have been emailing someone, a person that you don’t really know (or only know through online means), and they ask you for something, then it’s time to get out of that relationship. Seriously.

People fall into these types of romance scams year after year, and the scammers make thousands from those scammed. Sending them money would be a fatal mistake.

Because if the scammer knows that you’ll send money, then they’ll most likely ask for more. Think about it – if this person saw that you sent money, they might then ask for you to send money so that they can buy other traveling expenses, luggage bags, clothes, food, etc.

Whether you’ve been emailing them or not, if they seem to suddenly start asking you for money, then you definitely know if it’s a scam

How To Spot A Romance Scam

Whenever you receive a new email, and are wondering if it’s a new scam, always ask yourself the following for questions, you’ll soon see how legitimate it is:

Answer these four questions will help you find many red flags in a romance scam. They’ll be able to help you from losing a lot of money, from infecting your computer with viruses, and from wasting your time on scams.

Don’t be duped ever again.

I’ve written another article on how to spot an email scam, which I recommend you check out, as I go more into depth on things to look for and things to not do.

Wherever you are in the scamming phase, I hope that you’ll stay safe this Valentines day, and find the romance that you’ve been looking for soon!