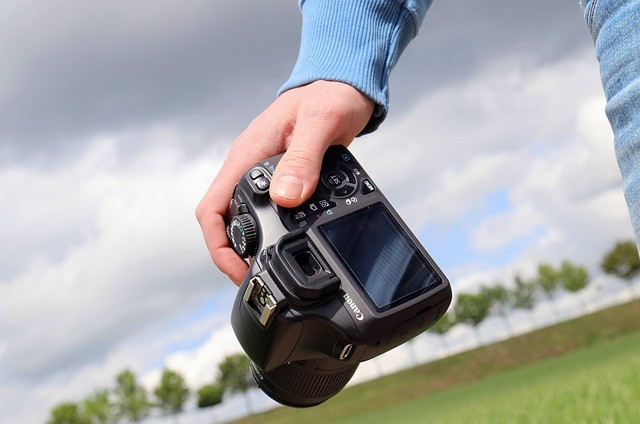 Creator(s): Chris Page (or is it Glen Anderson?)

Description: A site that claims you can make up to $25 per photo, and make as little or as much money as you want.

PJO (Photography Jobs Online) is a program that has been doing these types of scams for a while now. We recently did a review of another site just like it, that is probably run by the guy behind this one, and that site was called Writing Jobs Online.

But both sites offer virtually nothing that will actually help you make money online.

What Is Photography Jobs Online?

PJO claims to be a site that connects you with the best places to sell photos online, and with clients who are willing to pay

They claim on their website, that several people who have bought their program have made full-time incomes, just from snapping photos, and selling them.

But claims can be deceiving.

Our site, We Get Scammed For You, can claim to be the best at getting scammed, but without proof, that claim of being the best at something is just that – a claim.

So where exactly is the proof of the claims that PJO is a good program?

Testimonials Have The Proof – Or Do They?

Ah, yes! My favorite thing to talk about. Testimonials.

A testimonial is usually a 1-3 paragraph of a person explaining why a product, person, or program was helpful to them. Testimonies usually testify that something is good and true.

Sadly, in the day and age we live in, many testimonials are faked, and are made up just so that the real people will believe the testimonial claims.

Let’s take a look at several of the testimonies on PJO:

Christian Thomas. The very first testimonial you read on PJO’s website is by a guy named Christian Thomas. He claims to be living in the USA, and in only three weeks time, he made over $700.

However, several things don’t add up.

But, sadly, that’s not the only place you find him either. If you go over to dubinorthodontics, you’ll find the same photo on that site as well.

Christian Thomas is probably not real, and his photo is probably one that people can buy on the internet (or use for free). So his testimonial shouldn’t be taken as credible.

But maybe, just maybe, that is a real person, but didn’t want to give his real photo, or real name. How about the other testimonials?

And just what is day job?

Why, it was being a photojournalist, and getting kidnapped by a Somalian! According to a ABC news report, some guy with the same picture as Scott Paterson was kidnapped and held for ransom.

The photojournalist in the news article is actually called Nigel Brennan. And he doesn’t live in the USA. He actually lives almost at the opposite end of the world – in Australia.

Once again, this testimonial shouln’t be taken as legit. Most people don’t go uploading other people’s faces on the internet, especially when you’re writing a real review (assuming you’re trying to write a real review).

But Paterson and Thomas aren’t the only ones who use other people’s photos for their testimonial image.

Daniel Carter. Oh Carter, Carter, why do you try to deceive us?

Carter, like the others, claims to make enough money from his photos that he can travel the world and take pictures of all the place’s he’s been.

And like the others, his testimonial photo also shows up on other sites as well. According to a private blog, you can find the same image of Carter. Only, like the others above, the guy in the photo is called something different – Shuja.

I could probably go on down the list of the testimonials and show you, person after person, that each aren’t as real as they seem.

What does this mean for PJO?

Clearly, they either have a lot of people who pose as fake people on the internet, or PJO itself is faking the reviews. I’m leaning towards the latter.

What About The Owner, Chris Page?

Chris Page is a very interesting character. When I found a photo of him on Facebook, I wasn’t easily able to track it anywhere else. This is good, and bad.

It’s good, in that it’s not an image that has been widely used (like the other testimonials above). But it’s bad because Chris should use that same image if/when he uses other social media accounts, to make sure his followers recognize him.

I wasn’t able to find Chris on any of the other social media platforms. While I was able to find a Chris Page on LinkedIn, it was with a completely different image (and the guy on LinkedIn was a little more legit than the guy on Facebook).

Because there is so little out there about Chris, it’s not easy to trust him, his website, nor his claims.

What Are His Claims?

You see, Chris claims that his site can make you a lot of money. His logic goes like this:

But to sell photos, and actually make money with it, you need to be a good photographer. I don’t care who tells you something else, people will only pay for good photos. If you’re taking pictures at wrong angles, or have images that are blurry, you’re not going to make much.

PJO’s claims are just that – claims. While I won’t deny that it is possible to make money selling photos online, the likelihood of you personally making a lot of money isn’t high, nor probable.

So Is Photography Jobs Online A Scam? 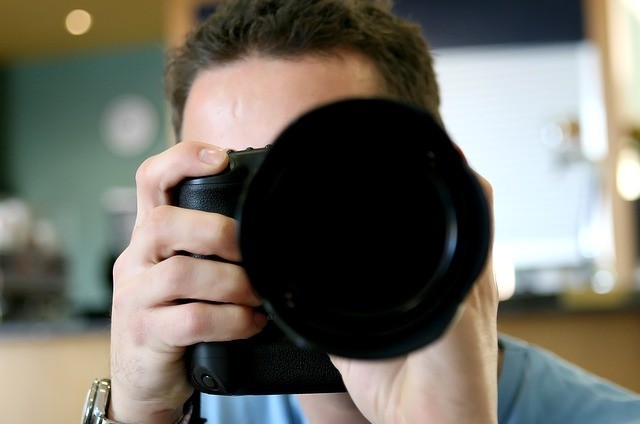 I wouldn’t outright call PJO a scam. You see, they do give you something (even though it’s pretty worthless). While I didn’t buy their product, my guess is they are going to give you a list of sites where you can go to sell your photos.

But honestly, a quick search on the internet is a whole lot easier and cheaper to do. There are dozens of places you can go to sell your photos online, for free.

So overall, I wouldn’t recommend you purchase PJO’s products, as their site clearly needs some help. From faked reviews, to bogus claims, PJO is definitely something you want to steer clear from.

After writing this article, I stumbled upon another site, onlinephotojobs(dot)com. Interestingly, it has the same claims, and also it uses one of the same images/testimonial as well. And as I was playing around with the site, it led me to several pages in another language.

I highly recommend that you don’t use PJO to try to make money from your photos. If you really are interested in making money with photos, then feel free to take a look at this article from CNET.