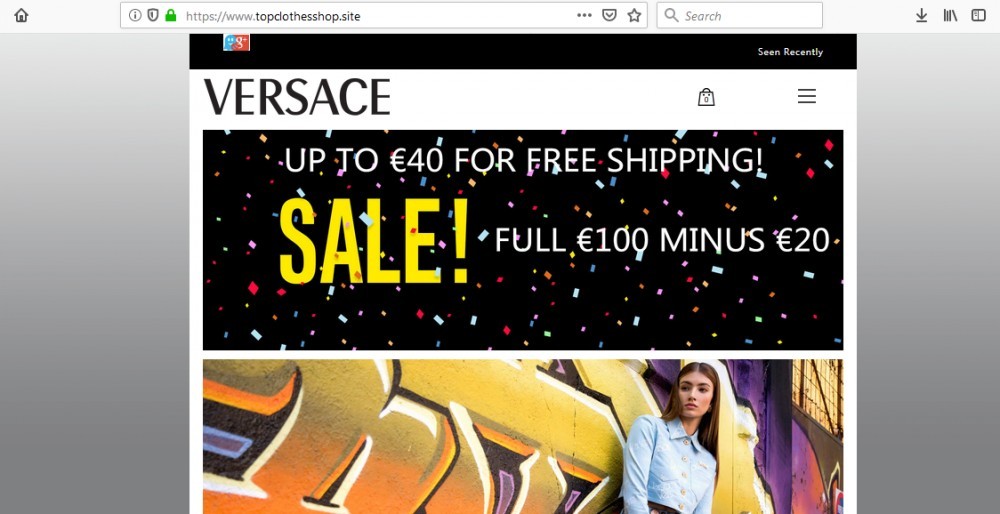 You’re probably here wondering why TopClothesShop.Site is being written about, and whether it’s a scam. Well, we’re here to help clear that whole issue up. And we’ll get right to the point: It is a scam, and a site that we recommend no one purchase from.

Of course, stopping right there wouldn’t really prove anything. With so much fake news out there, it’s always best to make sure someone proves what they claim they know. Which is what we’re hoping to do with our review of TopClothesShop.Site.
Hopefully by the end of this article, you’ll have a better understanding of how to spot a scam, as well as keep yourself safe from online fraudulent websites and scammers who want to take your money.

TopClothesShop.Site: What Do They Sell? 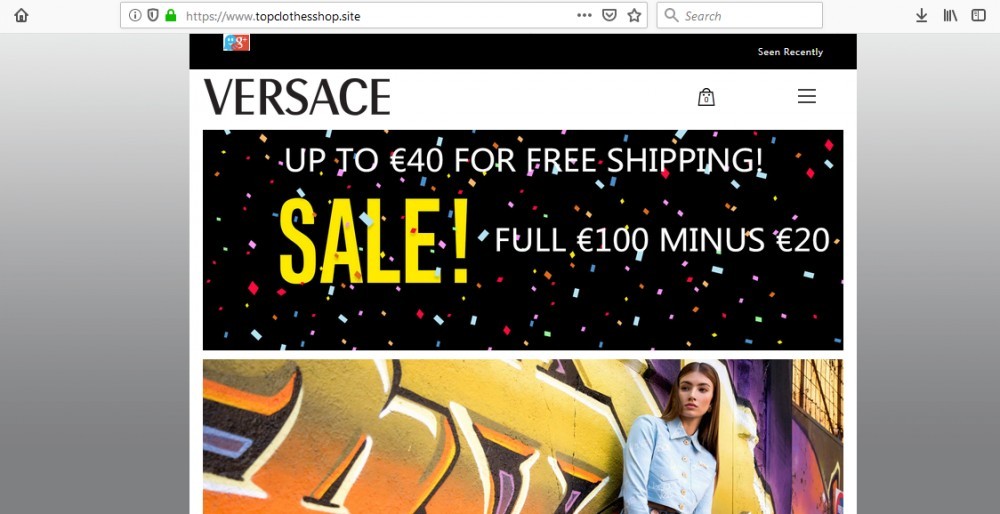 As their name suggests, TopClothesShop.Site sells clothing. Well, that and handbags. And, as you can see from the above screenshot, you’ll notice that it has a sale on the site and discounts!

Many scam websites will have some sort of discount, or have products with low prices, to get traffic to their site and purchase their ‘fake’ items. And TopClothesShop.Site is no different. Everything is marked down to some really low price, making it a lot more enticing to purchase. 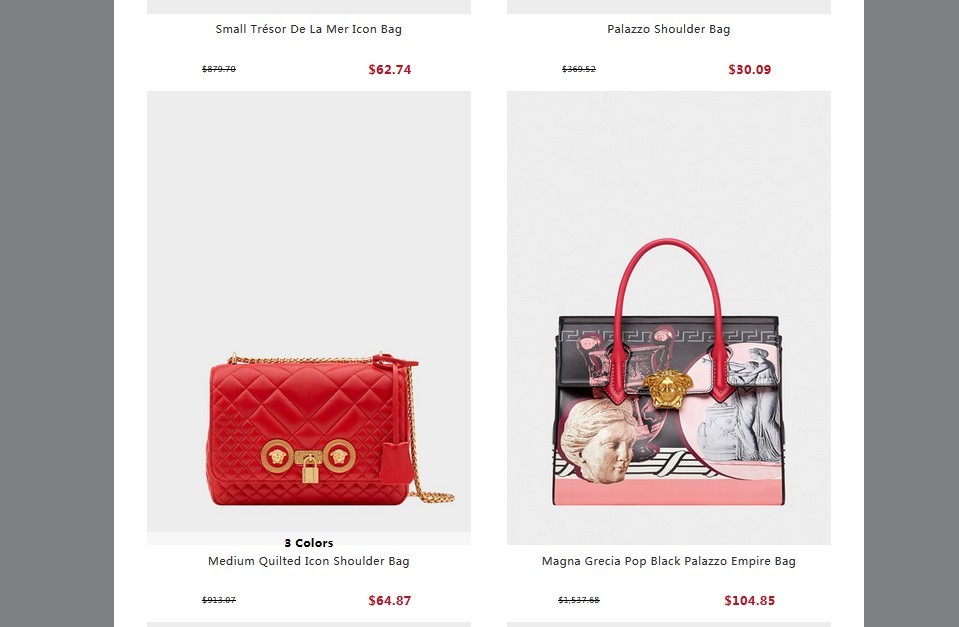 As you can see from the above image, there are even things that are discounted over 90%! Now, just because a site is proclaiming that it has a discount doesn’t mean that it is immediately a scam. There are discounts out there that are legit, and should be taken advantage of.

But, every discount you come across, you should really question it’s authenticity, especially if it’s claiming to have over 90% knocked off its price.

But this wasn’t the only thing that we found to be strange with the site.

When you go to the site, it becomes clearer that the site is claiming to be some store called Versace. Now, for those who don’t know, the person Versace was an Italian clothes designer, in which a company, called Versace, was started.

What’s even more interesting is that Versace has their own store – https://www.versace.com/. So, why exactly is TopClothesShop.Site claiming to be Versace?

Claiming to be a store when you really aren’t isn’t something that is legal. You can’t open up a store and pretend to be a popular brand of clothing.
If you see something like that on the internet, then it’s best not to work with them, and to report them immediately. They’re doing something that only hurts them and the company they are trying to impersonate.

Either way, if you are looking for authentic, Versace brand clothing, then TopClothesShop.Site isn’t the place to look for it.

Similarities With Other Scam Websites

Depending on how you viewed the site, you may (or may not) be able to see that this site has gray sidebars on both sides. They were exactly identical, in size and color, to the sites we reviewed recently – Poloxt.com and Porbc.com.

Details In The Email

We love emails, as you may notice from previous articles that we’ve written about. And this site is no different. Originally, this site had its email system messed up, and so we couldn’t verify that it was actually from the same scammer. But after we waited a few days, we found out that it was true.

For a while now, we’ve been finding more and more sites that have been coming from someone who uses the email address CS1(@)customerservicehome(.)com. And that email address has been linked to all kinds of fraudulent websites:

As you can see from above, there are numerous things that this scammer has been a part of. They’ve had a few social media scams, as well as scamming with PayPal. They’ve even had more than dozens of scam websites they have been behind!

Because of all this, this site, TopClothesShop.Site, isn’t going to be much different from all the rest that this scammer has been part of. TopClothesShop.Site is a fraudulent website, and one that we personally wouldn’t recommend that you use.

Well, that’s our proof that TopClothesShop.Site is a scam. And there is more that we could add to the weight of our argument.

If you scrolled to the bottom of their site, you would see some social media buttons. They should go to their social media accounts, but, interestingly enough, they don’t go anywhere. This is a typical tact that scammers use, making it look like they are on social media, when it reality, they aren’t.

Also, when you looked up just when exactly this site was created, you’ll come to find out that it was 11 days ago (from writing this article):

The site was registered on April 11th, 2019. That makes it less than 2 weeks old. Once again, this is a common ploy that scammers will use. They will create a new website, and make it appear like its been around for a long while, so that people will think they are a legitimate company.
Because of all these warnings, and from what we were able to find through our review of TopClothesShop.Site, we really wouldn’t trust it, nor recommend it to those who are asking about it. Nothing good will come from it, and you’ll only have heartache after headache from trying to order from this site.

Check out the course today!

Thanks to Claudia for letting us know about this scam!