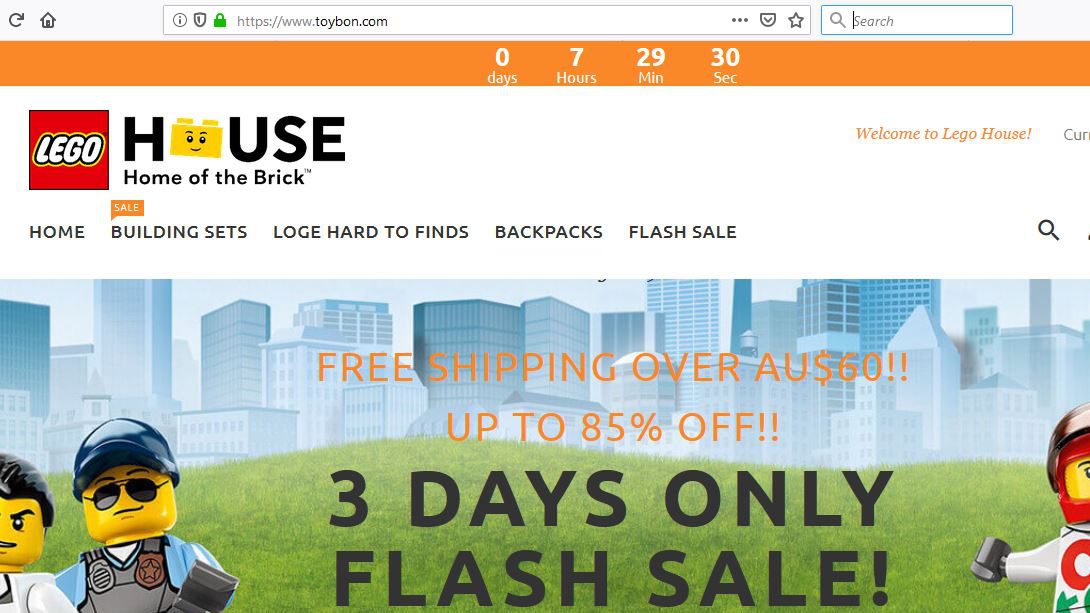 You’re probably wondering why we think ToyBon is a scam, right? Maybe you liked something on the site, or the products they were showing off. Or maybe, you’re just a curious person who likes to know about scams.

Whatever the case, we’re here to enlighten you on just why we believe ToyBon.com isn’t legit. And we’ll do it through the reasons below. Hopefully, by the end of this article, these reasons will stick with you, and you’ll be able to use them if you ever come across another fraudulent website!

This is an automated report on ToyBon.com, so our apologies if it doesn’t come out exactly right or sounds a little too generic (or vague). If we get enough people interested, we will write a more detailed article about ToyBon!

When going to ToyBon.com, the site seems like a normal one. On their site, they claim to be a store that offers discounts and lower prices. So much lower that they claim you can save 30%-70% of the retail cost, or so it seems.

When we had originally looked at ToyBon.com, we immediately thought that it looked like a scam website, because we had reviewed another website or two that had the same exact type of display that ToyBon.com had.

Depending on how you viewed the site, you may (or may not) be able to see that ToyBon looks very similar to the site above (in the screenshot). They appeared to us nearly identical, in size and color, to that other site.

Scammers will run a scam until it’s found out and no one purchase from it (which usually takes several months, depending on how they run their scam). And so because of that, ToyBon just isn’t exactly trustworthy yet.

As you can see from the above screenshot, ToyBon.com seems to be selling a certain brand, as well as a host of other things. Nothing is wrong with selling popular brands. In fact, if you can do it legally, then by all means, go ahead and sell it.

The thing here though is that they are using Lego copyright logo, and hosting it as their own. While ToyBon may not outright say it, they are giving the appearance as though they are Lego.

Using someone else’s logos and images, ones that they’ve copyrighted, is downright illegal and wrong. It not only hurts you personally, but also the person that you are pretending to be by taking away sales from them, and possibly tarnishing their good name.

The Email Connected With ToyBon.com

ToyBon.com should send you an email, just letting you know that you created an account, and that if you have any questions, you should feel free to email them.

What’s amazing is that email, or one that is found on the site is one we’ve seen before: cs1@customercenterhome.com

In the end, you will only lose money if you buy through ToyBon.com, since they don’t seem like the type who will actually send anything to you. They are a fraudulent company that shouldn’t be around and shouldn’t be promoted.