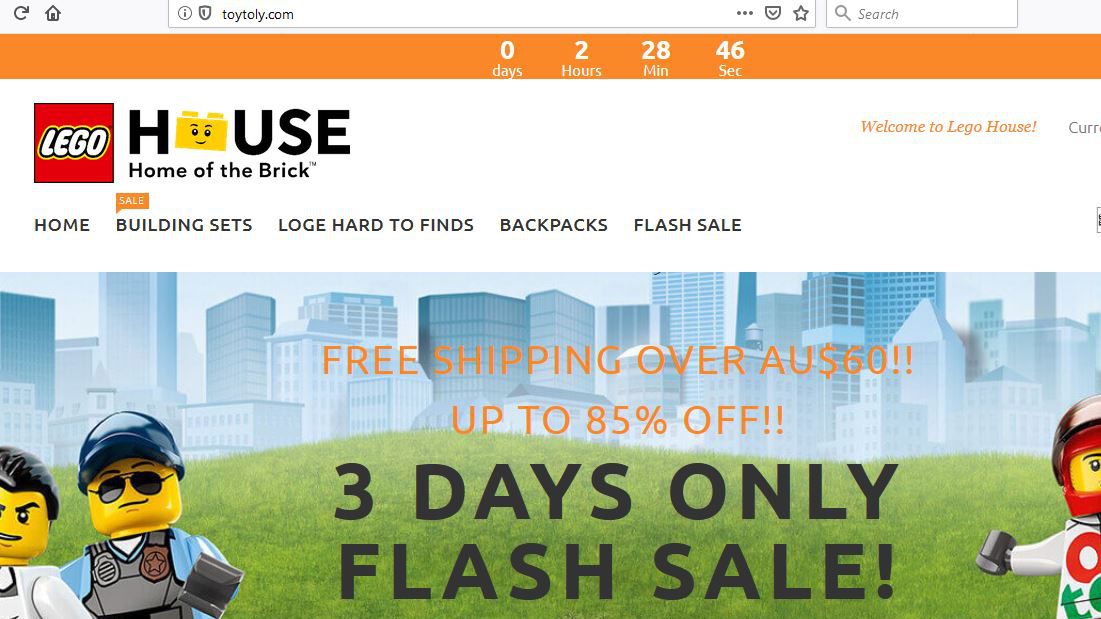 You’re probably wondering why we think ToyToly is a scam, right? Maybe you liked something on the site, or the products they were showing off. Or maybe, you’re just a curious person who likes to know about scams.

Whatever the case, we’re here to enlighten you on just why we believe ToyToly.com isn’t legit. And we’ll do it through the reasons below. Hopefully, by the end of this article, these reasons will stick with you, and you’ll be able to use them if you ever come across another fraudulent website!

This is an automated report on ToyToly.com, so our apologies if it doesn’t come out exactly right or sounds a little too generic (or vague). If we get enough people interested, we will write a more detailed article about ToyToly!

As you can see in the above screenshot, we have a site that looks very similar to ToyToly. And there could possibly be several of them out there as well. When we find one similar site, 2-3 usually aren’t that far behind.

Just means that this as itself may not conclusively prove that this site is a scam. But, on the flip side, it does discredit ToyToly’s authenticity because of it, and ranks them lower due to having a ‘double’.

Because of ToyToly.com being created rather recently, it adds to the argument that there is potential for ToyToly to be fraudulent.

Just Who Are ToyToly.com Claiming To Be?

ToyToly.com claims to sell certain brand products. As most of you know, Lego is (most-likely) a major producer of quality products that they offer. It’s a popular brand among the circle that Lego is in. But, when you take a closer look at ToyToly’s site, you find that they aren’t only selling Lego products, but they are also claiming to be Lego as well.

It should be obvious to most that this isn’t the official store of Lego, right? Their site doesn’t really seem up-to-date as what an official site would look like, as well as their domain name, ToyToly, doesn’t exactly seem like it is Lego. But, even though these things aren’t so, they are still claiming to be Lego.

If you take a look at the screenshot above, you will notice that they have as a logo, or as words, Lego’s brand. If that isn’t enough proof, then we’re not sure what is. But, there actually is even more proof.

As noted in the above image, the name they put on their copyright notice is “Lego”. ToyToly is without question trying to impersonate the official Lego website.

It means that the site we’re looking at is illegally pretending to be someone that they really aren’t. It means that ToyToly is trying to make anyone on their site think that they are the real Lego site and store. And that is just plain wrong.

While we can’t say with certainty that Lego’s products aren’t legit, we can say that they are definitely doing something illegal and because of that, they shouldn’t be trusted or used.

When going to ToyToly.com, the site seems like a normal one. On their site, they claim to be a store that offers discounts and lower prices. So much lower that they claim you can save 30%-70% of the retail cost, or so it seems.

So, this site and the owners of it, seem to have been doing this for a while. Which makes it no surprise that ToyToly.com is a scam.

In the end, from what we’ve found on the site, it does appear to be that ToyToly is a scam and not legitimate.