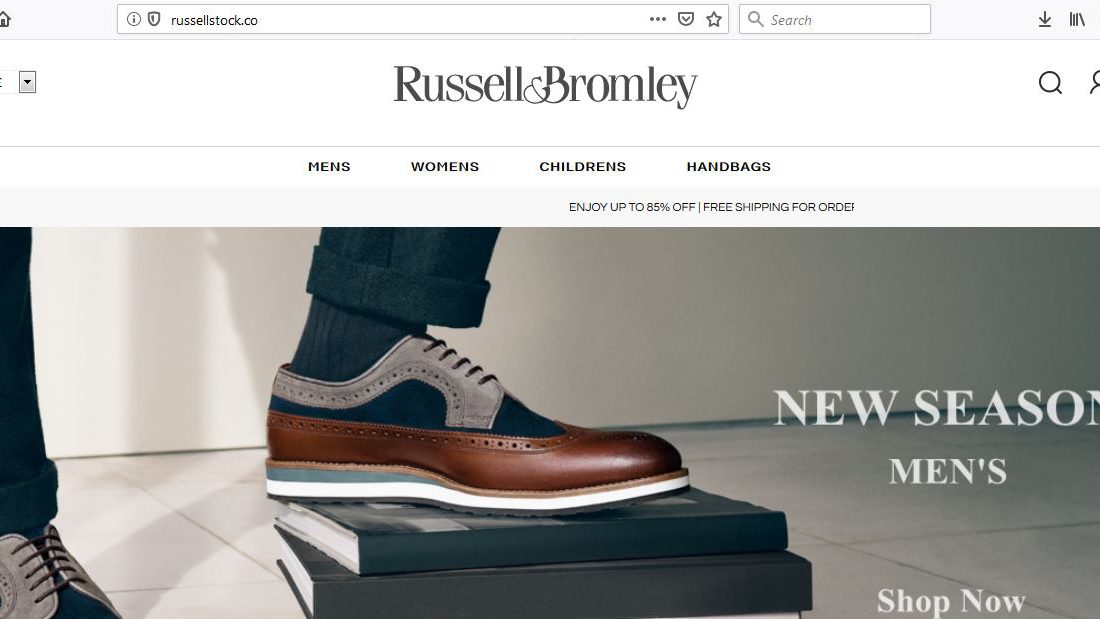 You’re probably here trying to figure out if RusselStock.co is a scam or not. Maybe you’re here to see whether it’s legit. In either case, you’ve come to the right place.

In this review we’ll take a look at just why we think that RusselStock is a scam. Hopefully by the end of it, you will learn some ways on how to tell if future websites are a scam.

This is an automated report on RusselStock.co, so our apologies if it doesn’t come out exactly right or sounds a little too generic (or vague). If we get enough people interested, we will write a more detailed article about RusselStock!

As you’ll notice on the site, and in the above screenshot, RusselStock.co has discounts on their site. Some of over 50%.

Nothing is wrong with discounts, but when a site comes claiming that they have discounts, and don’t explain why they are having the discounts, then it is probably a scam.

Scammers love to use discounts to bring people to their site. People see the discounts, decide to purchase, and get scammed.

So, because of the discounts, there is a high probability that RusselStock.co is a scam.

When you go to the site, it becomes clearer that RusselStock.co is claiming to be some store called Russell & Bromley. Now, for those who don’t know, Russell & Bromley is a well-known store that sells some sort of brand-name product.

Either way, if you are looking for authentic, Russell & Bromley brand products, then RusselStock.co isn’t the place to look for it.

And if we do a quick search on cs16@customerservicehome.com, we find that there are several other fraudulent websites that seem to be out there by this same scammer.

So, this site and the owners of it, seem to have been doing this for a while. Which makes it no surprise that RusselStock.co is a scam.

In the end, from what we’ve found on the site, it does appear to be that RusselStock is a scam and not legitimate.