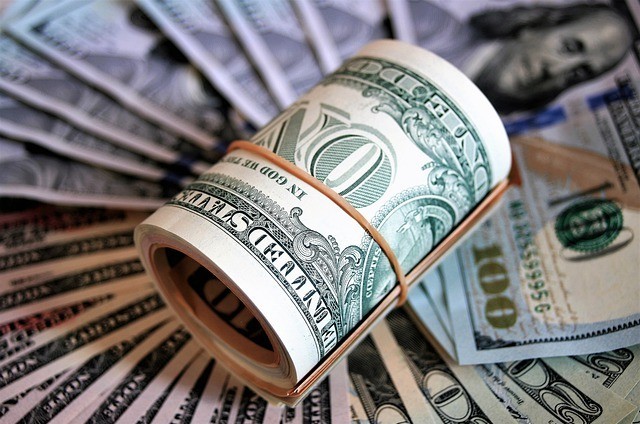 Prosperity Nexus is a group that claims that you can make a lot of money selling high-end tickets. But don’t be easily deceived.

Is Prosperity Nexus a scam? That’s what we’re intending to look at in this article. Whether it’s from faked reviews to bold claims, we’ll get to the bottom of it all, and see what’s behind Prosperity Nexus.

With two co-founders, and a VIP leader, PNG (Prosperity Nexus Group) has been in business for over 5 years. And it doesn’t look like they’ll be leaving any time soon.

With their claims of proven sales pages, funnels, and leads, there’s little wonder why people pay thousands of dollars to buy PNG’s program. Unfortunately, you probably won’t have much success if you do.

What Is The Prosperity Nexus Group?

PNG was started by a guy named Steve Hawk. According to what I could find about him online, he’s just one of those guys who got fed up with his corporate life, and needed a change. So he created PNG.

PNG is a program that offers you a way to make money, and a lot of it, with very little work involved, or so they claim.

As you’ll see from the screenshot above (and the bold text), they claim that you can make 5-figures a month, by only working less than 60 hours a month!

I’m not saying that those claims aren’t true, but, when people make claims like that you really have to be skeptical.

If this is really true, then why isn’t everyone doing this? Why are people working 60 hours a week, and not even making 5 figures a month?

How do you make money with PNG?

So here’s the thing with PNG. They claim that they’ll help you find high-end tickets to sell, that is, programs that will pay you thousands of dollars if you get someone to buy that specific program.

But in reality, you’re really only going to be selling one program, and that is PNG.

Here’s how it works.

You pay around 2K for PNG. They teach you how to set up a site exactly like theirs, and help you drive traffic to your site. Someone then purchases the program from your site, and you make something around 2K.

Of course, if you want to make more money, you can pay more money to PNG to get added to the different levels that they have. The higher the level, the more you get paid.

Can you make money with PNG?

Like any product or program out there, there is always the possibility that you can make money. And I believe that some people have made money with PNG. But most likely, you won’t make money. You’ll probably lose money.

As noted in their Dislaimer-Earnings page:

You understand that commissions are earned by re-selling the digital product packages OR the entire business opportunity AND the system to
market the business to other entrepreneurs.

By starting your business with us, you are making the exciting decision to become an entrepreneur. You WILL own your own business! It is NOT free to start. You will be investing money to start YOUR business by purchasing one of the business options and the accompanying License Agreement. At PNG, we are all independent business owners and the income that YOU make is determined by your own personal motivation, work ethic, and willingness to plug into our system, training and resources. Any mention of income on our website, in our testimonials or in conversation you have with one of our team members ONLY represents the income being made by those individuals and does not represent any sort of guarantee. You may make more, less or none at all. We will provide you with EVERYTHING you need to be successful but it is ultimately up to you to make it happen!

And a little farther down:

PNG has no knowledge of your individual business experience or expertise. PNG does not guarantee that you will make any money from your use or promotion of our business opportunity.

And finally at the bottom:

Because our products are digital AND you’ll instantly have access to proprietary Prosperity Nexus Group information, we have a strict NO REFUND policy. If you are not sure you want to start your business with us, we recommend you wait until you’re sure or decide it’s not for you. ALL SALES ARE FINAL.

They clearly tell you that you don’t have any guarantee that you’ll actually make anything! On top of that, they don’t have a refund policy, so if you do decide pay for the program (and the higher levels), you could lose tens of thousands of dollars.

The lack of SSL on the Site

I do want to point out that the majority of the sites that I’ve come across that relate to PNG have not SSL. SSL (Secure Socket Layer) is a way to encrypt all the various data that is sent to and from your computer and the site that you are visiting.

You’ll notice that at the beginning of this article’s URL, it has SSL/https:

Why do I bring this up?

And these guys who claim they are making hundreds of thousands of dollars don’t have SSL on their site? Why not?

If it’s not because of the money, then what is it because of? Many sites are being looked down upon now if they don’t have SSL, and this site will too.

Now that’s not to say that this site is a scam because of the lack of protection on it, but it is something that should be thought about when reviewing programs online.

What about the creators? Are they legit?

Steve, Michael, and John are all legit people. Some are active on Twitter, while others are still active doing their various hobbies.

For example, John (as of writing this) is still composing music, and has recently released an album. Steve is actively posting on Twitter to get people into PNG. And Michael, well, there wasn’t much I could find on him, but from the various things we did find, he seemed to be legit.

Unlike other programs that have been looked at on this site, the guys behind PNG’s program are legit and aren’t hiding behind fake photos or reviews. I don’t know them personally, so I can’t say that they aren’t trustworthy, but they definitely are real people.

Is Prosperity Nexus A Scam?

PNG is definitely not a scam. There is potential in the program, and it is a way that you can make money online.

However, I wouldn’t recommend the program. There is very little guarantee that you’ll make much money, if any. On top of that, you have to pay quite a bit to make money (and pay more if you want to go up to a higher level). It’s honestly not worth it in the long run.

Think about it this way. They are going to give you the same exact method that they made money. I’m not one to say that the method won’t work, but many times, changing up how you promote something is always good.

If you’re using the same thing everyone else is using, there is no guarantee that they’ll sign up with you versus someone else. In fact, you’ll probably only have as much success as the majority of the people (which doesn’t seem like much).

A much cheaper alternative

While I don’t recommend PNG, I do have an alternative that I can recommend to you. It won’t make you as much money as PNG in the beginning, but you can make just as much, and do it for a cheaper amount of money.

Take a look at my review of the #1 scam-free make-money-online program that I recommend, Wealthy Affiliate. They teach you all you need to know on how to make money online – and make money around something that you love and enjoy.

They also teach you how to be unique in your business, so that you don’t need to copy someone else’s success to make your own money.

How cheap is it?

Well, they offer a free membership, just so that you can see if the program really is for you! And their premium membership is 5 times less than PNG’s basic membership level.

12 thoughts on “Is Prosperity Nexus A Scam? Can You Really Earn That Much Money?”