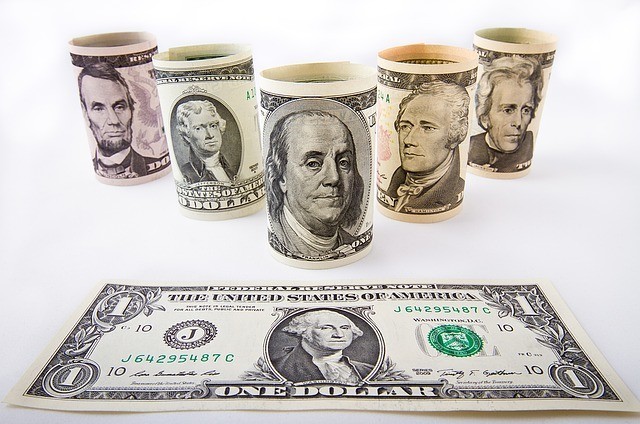 The Smart Cash System is a system that is pretty vague in how you actually make money. But it does do it’s best to get you to buy into their program, whatever the actual program may be.

Is The Smart Cash System a scam? That’s what we’ll hopefully uncover in this article. We’ll look at who is connected with the program, some of the source code, and we’ll even confront some of the claims they make in their sales page. So let’s go!

Description: I’m not entirely sure what it is. It’s a system that claims you can make a lot of money without having to buy or sell anything.

SCS (Smart Cash System) has been around for nearly 10 years now, according to their copyright notice. But it doesn’t like the program is very active.

SCS And Their Sales Pitch

SCS has what I would call a one-page promotional page that tries to bring you in with its claims, so that you’ll buy into the program that their offering.

Thankfully, it doesn’t have any long-winded videos (I have trouble sitting through those…). But it’s sales page was long, and can be a bit of thing to decipher.

As you read the sales page, you find out that you don’t need to do any selling or buying, no websites, or handling of products. But SCS never quite tells you how you’re going to be making money.

SCS goes on to talk about how their system can never be saturated with too many people, since they claim saturation can only happen if you’re selling a specif product (and thus you have competition).

This system is not based around selling or advertising – therefore competition means nothing. It doesn’t matter if one or one million people do this – everyone can still earn as much as they want, whenever they want.

Market saturation is no issue. Some income systems are simply brilliant when they come out, but once everyone starts catching on, the competition increases and your earnings decrease.

This will never happen with Smart Cash – guaranteed. Everyone in your street or suburb could run this at the same time and you could all make just as much money – competition means nothing!

Smart Cash is an incredibly simple system – so simple, I bet that even a 12 year old could run this and make money. There is absolutely nothing complicated about it – 4 steps, that’s all.

This is not a 500 page ebook and this is not some complicated money making course. This is a short, straight-to-the-point money making system that works without fail each and every time.

I hate to break it to SCS, but if someone is gaining money, that means that someone is losing money. If someone claims that they’ve found the secret to making money, and that it will never dry up, they are flat out lying.

If I make money, someone (or something) needs to lose money. That’s how it works. Everyone can’t make money, without people losing money. I mean, if SCS is teaching you how to become a counterfeiter, and make your own money, then it might work.

You can’t buy the system, anyways…

I went to see if I could purchase the system (to gain any more details that I could), and interestingly enough, it doesn’t seem like you can even buy the program! As you can see from the screenshot above, they have a nice big blue “CLICK HERE TO ORDER NOW” button. But when you click it, you are directed to PayDotCom, a site that allows vendors to sell programs, and affiliates to promote them.

But there doesn’t seem to be any way to buy a program, nor does SCS seem to be there either. And that doesn’t actually surprise me, since their copyright notice seems to be slightly out-of-date.

2009 is their copyright notice. That’s 10 years as of this date. Their notice (and their site) is a little out-of-date. My guess is that this system has been gone for a while now.

But who is the owner of this?

Being the curious person that I was, I continued to poke around. If you take a look at the last screenshot, the one above, you’ll notice two things that will help point out who the owners are. The first thing is the affiliate program, and the other thing is SCS’s phrase ‘Don’t copy us, it’s (really) Bad Karma” (a phrase we’ll see somewhere else).

What does SCS’s affiliate program reveal?

When you click through the ‘Affiliate Program’ page, you’ll get redirected to a site called TrueCommission. On this site you’ll learn how you can make money promoting SCS. But you also learn who owns TrueCommision.

If you take a look at the screen shot above, you’ll notice that the highlighted text has Lewis Adler in it. I found this on the main page of SCS.

Who Is Lewis Adler?

I’m not sure who exactly Lewis Adler is, but the Lewis Adler LDT doesn’t seem to have any good reviews for itself. The company is on the Better Business Bureau’s (BBB) website, though they haven’t received a rating yet. And neither is there much info on the company.

Not knowing much about the owners can be a downside for some to buying the system. I have yet to see a positive review for Lewis Adler LTD, but then again, I haven’t seen a negative one.

My guess is that Lewis Adler LTD is no longer functioning as a business, though I could be entirely wrong. In any case, it put my mind at ease (a little) to know who (or what company) was behind the SCS.

When you go to leave SCS, you are met with a new page, where they try to get you to buy something else – Binary Options!

So, basically, a binary option is where you put in a little amount of money, and either win a lot of money, or no money. It’s essentially like the lottery.

Suffice it to say, Binary Options and what SCS is promoting isn’t something that is really worth your while. You have very little chances of winning in a Binary Option, just like the lottery.

Is Smart Cash System A Scam?

Well, I’m not exactly sure if I would call SCS a scam. I couldn’t even buy the system, so there is no easy way for me to claim it as a scam.

But, if what SCS claims that everyone can make money with this system, and no one will lose money, then I would have to say that that is a scam. Like I said before, unless you’re printing money (or doing something else that is illegal), I don’t see how a system like that would work.

Finally, I would actually like to point out some inaccuracies that SCS thinks are hard, when in reality, they’re pretty easy.

If you have tried then I can guarantee that you would have been required to do at least one of the following in order for you to make a profit:

Sure, all of the above may be effective ways of making money, but are they for everyone?

1) “Pay per click” advertising costs have shot through the roof. Getting a decent ranking means paying more per click – most people end up losing money instead of making it.
2) Affiliate links and programs can be very confusing and overwhelming if you’ve never used them before.
3) Recruiting new members can be a waste of both time and money.
4) Building websites is time consuming, costly and too complicated for most people.

Interestingly enough, I make money because of and through three of these methods that SCS claims aren’t easy to understand. And I learned about all four methods, and understood them rather quickly.

How did I do that?

And their training is pretty easy to grasp and understand. So much so, that you’ll be able to build a website in less time than it took you to read this entire article, if you so choose. They claim that you can set up a website within 30 seconds. And those claims are true.

Check out my review of them here right now!