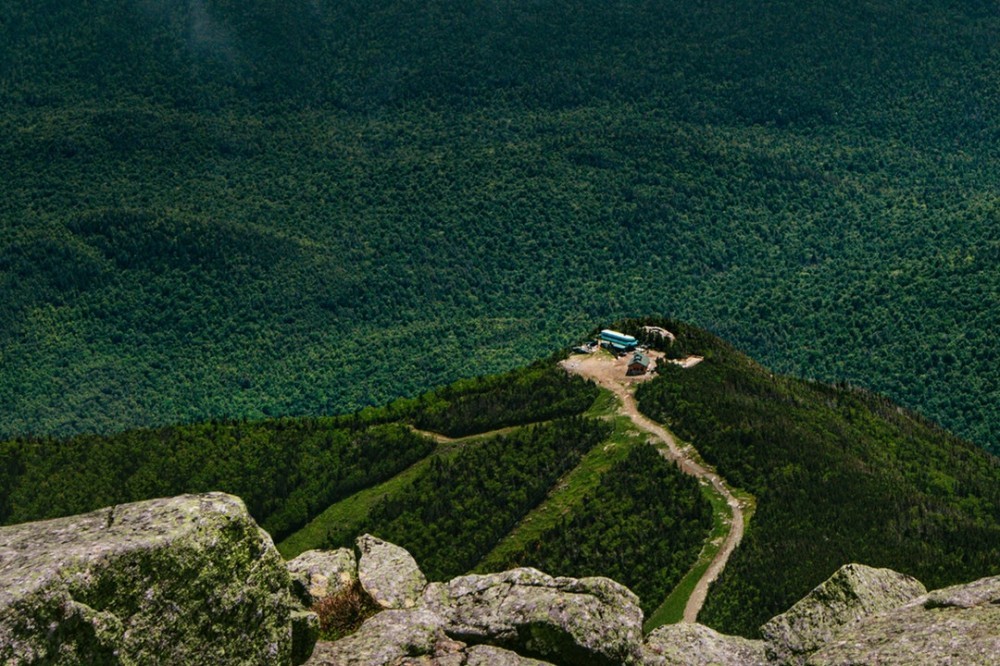 The best way to prevent yourself from getting scammed online, on the phone, or through email, is by identifying the scam before you get caught in it. There are many ways to find clues to tell if you a thing is a scam or not. But there are only a few that can really give you the truth of the certain thing you look at.

The Top 4 ways to identify a scam, in my opinion, are:

These top 4 ways aren’t independent of each other. What I mean is that just because the first one makes a program look like a scam, doesn’t mean that the program actually is a scam.

You won’t know until you take a look at all 4 ways, and have each one answer whether the program is a scam. If the majority of them agree, then that is the best probable answer.

If two seem to say one thing, and two identify the program as another thing, then you’ll have to use your best judgment, trust your gut, and get swayed by the evidence that is most compelling.

While this is by no means an exclusive list of ways, it is a list of the best ways to identify a scam. Follow each clue to the end, and you’ll find out whether the program is a scam.

1. The Misrepresentation Of Truth

The very first thing to identify a real program from a fake program is by what they tell you. And many times it’s not easy to see through their false claims.

Whenever you look into programs, emails, or websites, you always want to have an open mind, and be very thorough in 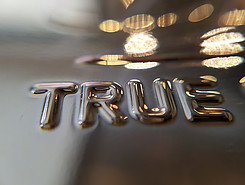 your research about said thing you’re looking into.

I would even go further and say, you should treat everything a scam until proven otherwise. Why, you ask, should you be so strict?

Scams have cost people millions of dollars – yes, there are scams out there that are that severe. And if you don’t have millions of dollars, it may cost you your bank info, credit card number(s), personal info, even your SSN.
So it’s always best to treat all programs and products as scams to stay as safe as possible.

What exactly are you looking for when searching for any misrepresentation of truth?

Anything and everything the program says should be researched and seen if it really is true. A good example is if a program tells you that millions have found financial freedom from their program. Look around, and see if you can find ‘millions’ of people.

Now granted, you don’t need to find an exact million, but if you can find several thousand people who say that the program helped them, then there is probably truth behind the program’s claims.

And it doesn’t need to be as far-fetched as the above example. If the program says that it started in a certain year, or was created by a certain person, then look those things up and see if you find proof of that.

There was an email scam that I got once that claimed I had gone to a ‘naughty site’, and they had video taped my reactions when I was watching the certain videos on the site.

Why did I know it was a scam email?

Because I looked at the facts they claimed, and looked at the real facts of my own life. I don’t go to those types of sites, and even if I ever did, I have my webcam covered, so it is nigh impossible for them to videotape me, even if I did go somewhere ‘naughty’.
When looking into scams, it’s best to leave no stone unturned – meaning, make sure you do as much research as you can about the program you are look at.

Every creation needs a creator. It’s the law of BioGenesis, and it’s accurate when talking about scams. The creators for programs should be looked into as carefully as you look at the program itself.

If the owner of a program says they did such-and-such, then check it out. If they say they’ve done military service, look them up and see if it’s documented. If they claim that they’ve lived in a certain town, or worked for a certain company, then search around and see.

One person I reviewed made some pretty powerful claims for their scam program, but very little about themselves. It was extremely hard to find anything out about the creator. There was so little evidence, that the creator seem non-existentant.
This is a good example of someone making a fake profile for themselves, so that they don’t get charged with anything when their program goes wrong.

Scams are often created by ‘fake’ people. The real creators do this because there are obviously many laws against scamming people out of their money. Also, if that same program doesn’t turn out to be too successful, then they’ll just stop using the fake name, and create a new alias and a new scam program.

People can be hard to find out about. Just because there is very little about a person, doesn’t mean that they don’t exist. There are many who create programs or books, but never get out on social media. Because of this, there can be a hard time tracking these types of people down.

When this happens, it’s best to continue looking into what the creator claims about themselves – where they lived, what happened in their lives, who they’re married to, why they created the program, and where they are currently.

Also, look into the creator’s previous business ventures. Sometimes, you’ll find an owner who has made other programs beforehand. Take a look into those programs, and see if they are doing well, or if they look scam-ish as well.
There was an email that I received one time, and after searching around, finally found that this person had been scamming other people for about 4 years previous to my getting the email.
They had changed their email address, and subject line, but left the entire email body the same. And the person (if I remember correctly) claimed that they were on their deathbed too!
As you look throughout all this information, continue to keep an open mind of all the information you are looking into. If the information all checks out, then the creator is probably a real person. 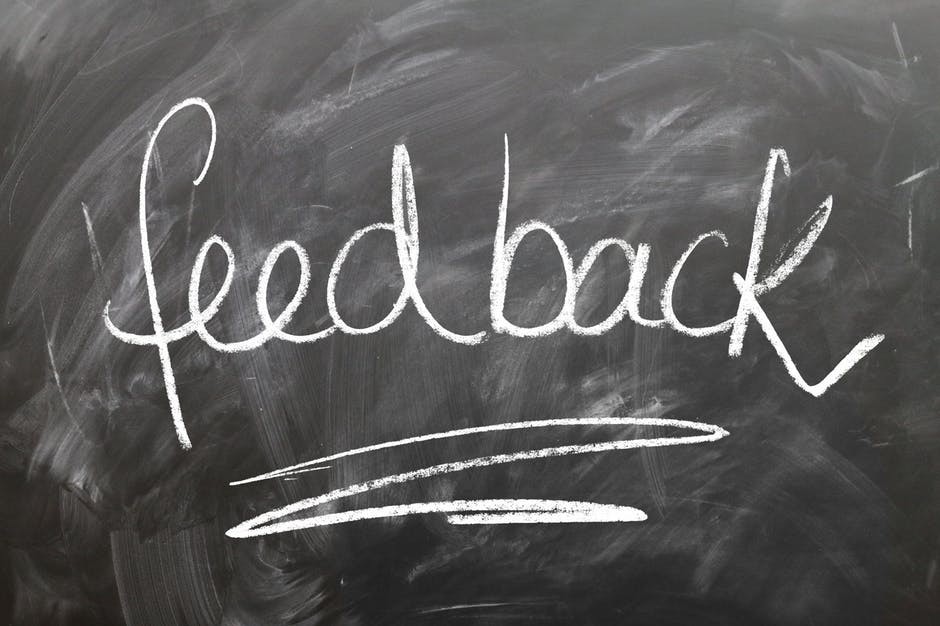 If there is anything that helps or hurts programs more than anything else, it would have to be reviews. Reviews from famous people can be the make or break of your business, and getting 1 star ratings from them are anything but positive.

If a program makes claims about certain things then look into those that went through the program. Do they also make the same claims? Do they tell the same thing as the program? Or do they tell a different tale?

If you think that a customer’s review is faked, then look up the customer, and see if you can find them, or their picture, online else where.

I remember one time I was looking into a certain book about something, and noticed several pictures of customers who reviewed the book.
A day or so later, looking into a book on another website, I found those same people, and their reviews on the sales page. In the end I found out that the two books were put out by the same scam artist – hence the same fake images and reviews.

Don’t be hesitant to go to the customers, and contact them (if you can), to get specific answers for the program you’re looking into. Ask about how the program functions, what the pros and cons were, and why they had success/failure. Also ask them about the creator, and if they’ve talked with creator personally.
Like while checking out the creators, make sure to be thorough with the customer’s backgrounds as well. See if they have social media accounts, if they have their own website somewhere, or if they have an online presence.

Customers will help give you a good clear idea of whether the program is the best for you or not. They can help show you the positive sides to programs, as well as anything negative.

The Findings On Other Websites

It’s always best to look at other sites and see what they say about the program that you are look at. For example, this site, the site that I run, looks for scams and tries to expose them. We’ve found a few, and we’ve found some that are legit.

We Get Scammed For You isn’t the only site out there that helps to expose scams. The Federal Trade Commission is government agency that helps expose scams and keeps everyone safe online. You can search on their website and see if the program shows up.

If the program is part of an actual business, or is a business itself, then you can take a look at the business, and see if any complaints have come against it. A good place to go would be to the Better Business Bureau. Like The Federal Trade Commission’s site, just search for the business, and maybe something will pop up.

You can also search for the program on your favorite search browser, and see if it is talked about on any forums or in the

comments of sites. You can gather more information from a large number of people that way.

For example, there was a memory program I was looking into, and I found it being talked about on a certain memory website. I also found a google email group chatting about it as well. From those two sources, I was able to get a better idea of how the course was as a whole.

Another great idea is to look up alternatives to the program you’re wondering about. Sometimes you can find buyers guides, or articles explaining why certain programs are better (or worse) then you one you are researching.

Taking a look other sites that speak about the program is another useful way to get a good idea of how the program actually holds out upon itself. If other sites are saying good things about it, then it’s probably not as likely to be a scam.

Once you have looked through each of these 4 different ways, you’ll be able to better spot the scams. But you shouldn’t stop there. There is another step you should take when identifying a scam.

That next step is telling others. Don’t keep the answer a secret to yourself or to others. Tell your friends, family, and others who you think might be looking into that certain program. Get the word out about the scam, so that other’s won’t fall for it themselves.

Have you found a scam, and ready to share it? Let us all know by writing it out in the comments section below!